This season has been rough. I was under a lot of stress in the spring in various other aspects of my life and like Tita’s emotion-infused cooking in Like Water for Chocolate, I believe it had an impact on the farm. The erratic weather (a week in the high 80s, rounds of 2-3 inches of rain over two days followed by 7 dry days…) and an influx of animal pests displaced by road and sewer constructions throughout our neighborhood didn’t help either. And so, it isn’t surprising that I haven’t posted much in this space. I didn’t feel like I had much to celebrate.

Thankfully my friends and loyal CSA supporters have assured me, repeatedly, that they’ll support our work when times are good and when they’re not so good. They understand that that’s what community supported agriculture means. When the harvest is good, it’s great, and when it’s ain’t, it ain’t.

I suppose you could say part of what members received in their share this season was emails from me outlining the challenges we faced, as we faced them. I like to think of this as the “get to know your farmer” bonus CSAs and farmers’ markets provide.

With all this going on,  I had no idea two months had gone by since I posted here! And, in retrospect, it wasn’t all bad. Here are some highlights.

The Clintonville Farmers’ Market Kids’ Garden Club continued their meetings, field trips (Franklinton Farms and Rock Dove Farm), and had two great sales at the farmers market. They raked in over $100 which we’ll split between their harvest party and a donation to a yet to be determined local nonprofit.

We grew popcorn for the first time this year – in the kids garden and on the farm. Visitors who stopped by for the Clintonville Midsummer Garden Tour were surprised to see it. Thanks to our early planting, it was way more than “knee high by the fourth of July!” 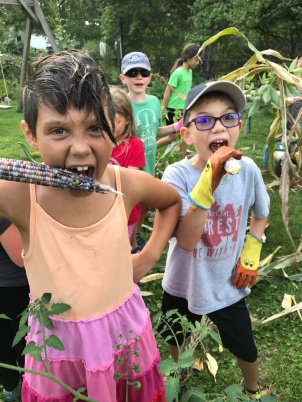 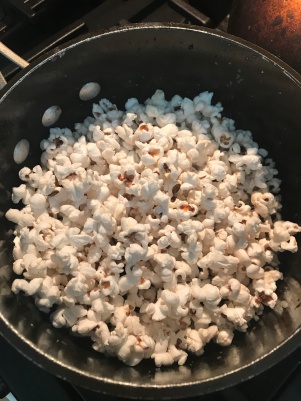 Edible Columbus featured me in the Local Hero column. It was great to run into people throughout the summer who saw the article. Made me feel almost famous. And appreciated.

We have a bunch of events coming up in September including the Simply Living Sustainable Living and Garden Tour – an answer to the wish my friends and I had for such an event in the spring after visiting the mainstream H&G show at the fairgrounds (see Follow-up on The Columbus Dispatch Home and Garden Show).  We’ll also be celebrating the beauty of small scale agriculture at Global Gallery September 14th for a reception celebrating “In the Footsteps of a Farmer: Fleeting Beauty,” a photo exhibition sponsored by an Greater Columbus Arts Council Artists in the Community grant.

Thanks for sticking with us in the good times, and the not so good times.